The Architect Of A Leading Man
Actor, philanthropist, and entrepreneur discusses how his career began, his goals, family, and more. 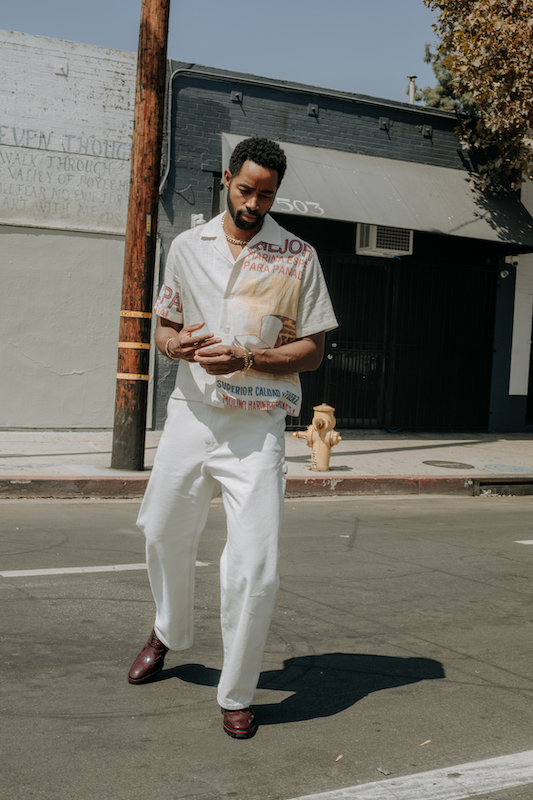 MONARCH MAGAZINE: Where did you grow up?

JAY ELLIS: I kind of grew up all over the place. I was born in Sumter, South Carolina, but my dad was in the Air Force, so we bounced around a bunch. I went to 12 schools in 13 years across a couple of different states. But I call Tulsa, Oklahoma home. It’s where I went to high school. It’s where some of my closest friends are. It was where I had that coming of age that happens in high school. Learning how to drive. First kiss. My first dunk. All those things happened in Tulsa. But growing up, I spent time in Sacramento, in Austin, in Tampa, in Youngstown, all over.

MONARCH MAGAZINE: What created your passion for acting?

JAY ELLIS: I just always loved storytelling. Other than my parents, it was the one thing that was consistent in my life with all the moving around. We always watched movies together. We always watch TV shows together. We watched the entire Bond franchise every Thanksgiving. We watched Westerns. We watched every Richard Pryor movie. In Living Color. Martin. There was something about us crowding around a TV and immersing ourselves in whatever world was on the screen that made me realize that was something that I would love to do someday.

MONARCH MAGAZINE: What do you believe you bring different to the art of acting and film creation?

JAY ELLIS: I think I bring what every actor brings. Their point of view. Their sensibilities. Their nuances. Their essence. I love actors so much because we all work so hard to craft these characters. We’re constantly trying new things. Experiencing new things. Asking questions. Searching for truth and authenticity. And it’s a lifelong practice and study.

MONARCH MAGAZINE: We are all so invested in INSECURE. How many times have people approached you as Lawrence? 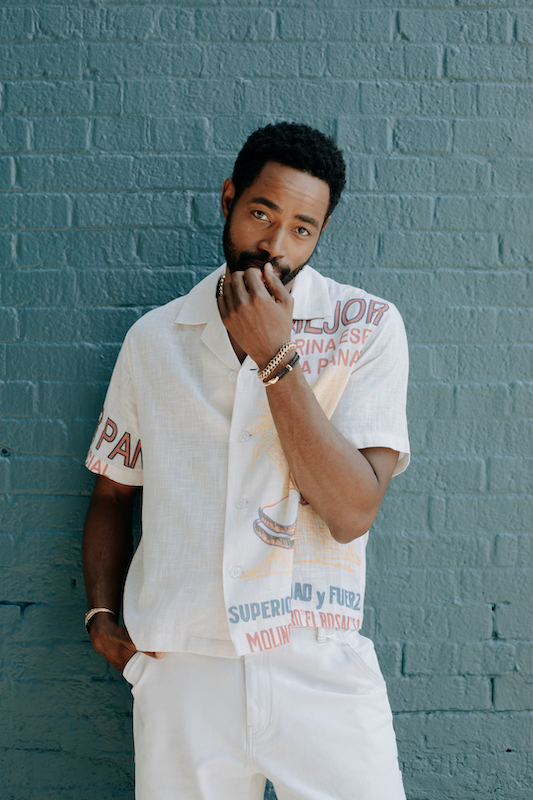 JAY ELLIS: Ha, ha. There’s not a day that has gone by in the last six years that someone has not stopped me and asked me if I’m Lawrence. Or yelled “Lawrence” from across the street or at the grocery store or in a mall. The wildest is when I travel internationally and people run up on me.

MONARCH MAGAZINE: Why do you believe people connected with your character Lawrence from Insecure?

JAY ELLIS: I think people gravitate towards him because he represents what so many of us go through the day today. So many of the slights we take and the microaggressions we take, but yet we still get up every single day and do our jobs and thrive or not thrive, still trying to find love throughout it. I think in a lot of ways he also represents the good in all of us, but we’ve all fallen guilty to making bad decisions and getting in our own way sometimes. So, we get frustrated with him because he constantly makes these decisions based on stories or thoughts he’s purely created in his head and doesn’t just talk with the people around him about it.

MONARCH MAGAZINE: How do you shed Lawrence’s skin, when you are not on set?

JAY ELLIS: Oh man, my life and Lawrence’s life are so wildly different. I live under a rock. I go nowhere. I kind of just fall into a routine. Walking. Reading Working out. Being domestic AF. I’ll try to travel and get out of town as much as I can, but I think the biggest thing for me is just my family.

MONARCH MAGAZINE: How did it feel to get the call for Top Gun: Maverick?

JAY ELLIS: It was wild. Such an amazing experience. I was driving on the 405 when I got the call from my team. It blew my mind. I needed to pull over just to process the information. To be able to work with Tom was always a dream and to know that I was actually doing it felt so surreal. And on top of that, it’s a sequel to a movie that I had seen so many times growing up as a kid in the military.

MONARCH MAGAZINE: What was the preparation like for that project?

JAY ELLIS: We did about three months of flight training, working out, and swim training for the movie. We also were immersed in the Top Gun world. We went up to Top Gun in Nevada a couple of times. We also were on bases down in San Diego and central California. We really got to soak in everything it meant to be a pilot. It was like a crash course in being the world’s best in three months. Tom designed an entire flight training program for us. We had tons of books to read and videos to watch.

MONARCH MAGAZINE: With all of your success, has it changed the way you choose roles?

JAY ELLIS: I don’t think so. I think I still am constantly looking for characters that I find interesting and dynamic. People I feel like I haven’t seen on screen before. And stuff that I’m passionate about most importantly.

MONARCH MAGAZINE: What caused you to begin your company Black Bar Mitzvah?

JAY ELLIS: I found myself being fortunate to be in a lot of rooms meeting a lot of folks who were decision-makers. I often heard them say they were looking for new storytellers but didn’t know where to find them. And on the other side, I often found myself getting materials from folks who just hadn’t had an opportunity yet but had an amazing voice or amazing projects. So, I wanted to kind of bridge the gap. Selfishly I wanted to produce for myself, but I also wanted to be able to help other people tell their stories and get their foot in the door.

MONARCH MAGAZINE: What’s the story behind the name?

JAY ELLIS: It’s a celebration! Ha, ha. It took a while for us to come up with the name but the one thing we kept coming back to was although we came from different cultures, we wanted to celebrate voices and creators.

MONARCH MAGAZINE: What inspires you?

JAY ELLIS: People. My family. Music. My friends. My culture. I love the beautiful things that lie inside something that from the outside seems mundane. I love photography. Tracking and experiencing other cultures, food, etc.

MONARCH MAGAZINE: What’s next for you Mr. Ellis?