The Luxury Hotel Company
Makes Its Premier In The Nations Capital 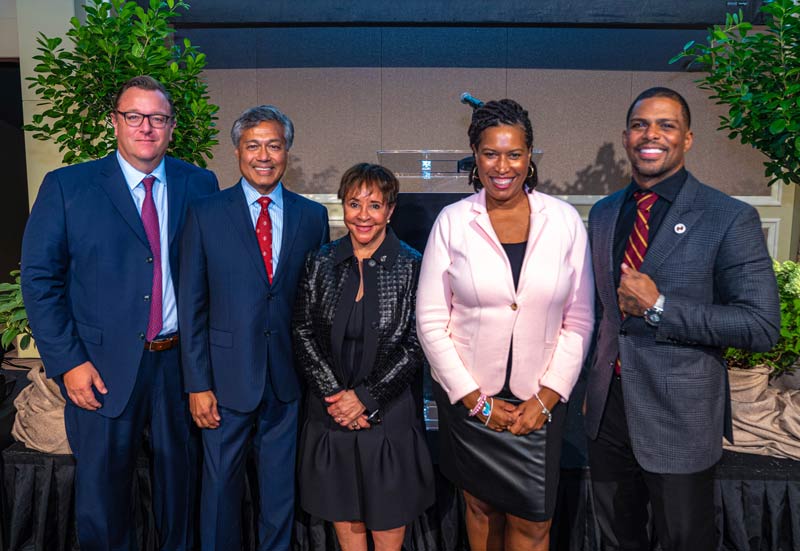 The two companies recently partnered to purchase and re-brand the 373-room property, which formerly operated as a Mandarin Oriental. Under new ownership and Salamander’s management, the hotel will undergo an exciting, all-encompassing enhancement program that will be carefully executed so as not to interrupt business. Program highlights include a renovation of the hotel’s suites including the three-bedroom Presidential Suite with sweeping views of the Potomac River, the remodeling and reopening of the club lounge, re-concepting and redesign of its signature restaurant and grand lobby lounge, and activation of the hotel’s unique outdoor spaces which overlook DC’s waterfront.

“Salamander Washington DC is already a grand luxury hotel and we intend to introduce the warm and inviting feeling that guests enjoy at other Salamander properties,” said Johnson. “Together with Henderson Park, we will create a gathering place for the community in a relaxing and refined setting. We are also delighted to welcome the hotel’s employees into the Salamander family and introduce our unique style of service to this exceptional property.” 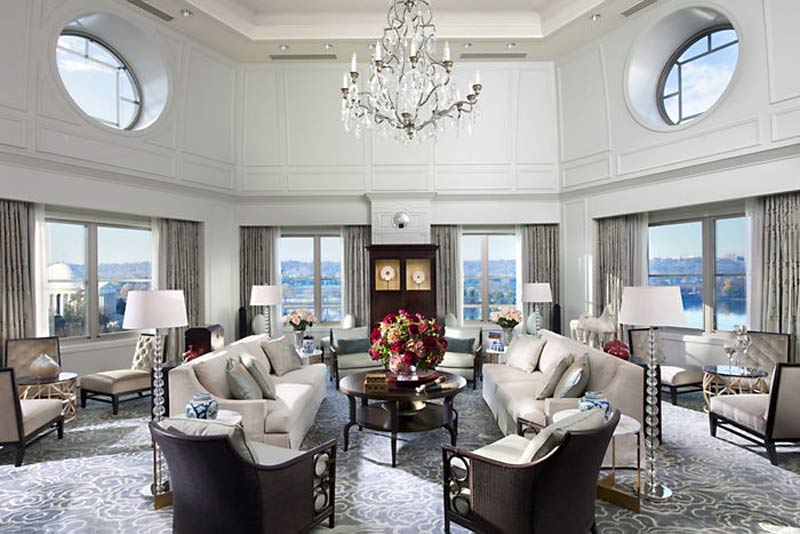 Prominently located along the capital’s vibrant Southwest waterfront, Salamander Washington DC is a short walk from the nation’s most cherished monuments and the exciting attractions and restaurants in the new District Wharf. The elegant hotel features beautifully designed rooms, spacious suites, Washington, D.C.’s finest spa, and some of the city’s largest meeting and event spaces.

Nick Weber, Founding Partner of Henderson Park, added: “Our investment into this hotel is driven by a recognition of both its distinguished reputation as an established luxury property in the US capital as well as the significant long-term potential that we believe it offers. Washington D.C. holds enduring appeal thanks to its vibrant blend of culture, art and history alongside the seat of federal government and many international organizations, making a hospitality investment particularly compelling and aligning with our global strategy. Through partnering with Salamander, a premium luxury hospitality brand, we will reposition this elegant property and further enhance its allure for business and leisure guests alike, and also fully capitalize on its striking riverside location amidst all of the city’s major attractions.”

Salamander’s inclusive style of luxury has become a defining approach to hospitality and the company is renowned in the region for its Forbes Five-Star rated Salamander Resort & Spa in Middleburg, VA, just an hour away from downtown D.C. Salamander is already developing synergies between the two properties for the benefit of its many guest loyalists, including special ‘Town and Country’ packages. Salamander Washington DC joins the company’s unique collection of iconic properties in storied destinations, including Charleston, Aspen, Tampa Bay, Jamaica and Anguilla. 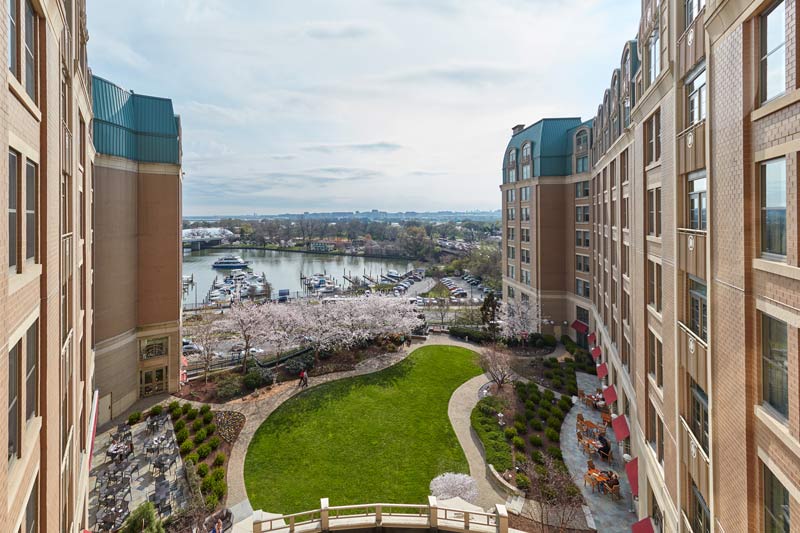 Johnson is a trailblazer whose business ventures have touched almost every section of Washington D.C. for 50 years. Before entering hospitality, she co-founded Black Entertainment Television (BET), and is currently Vice Chairman of Monumental Sports & Entertainment, which owns the NBA’s Washington Wizards, the NHL’s Washington Capitals, and the WNBA’s Washington Mystics, for which she serves as President and Managing Partner. Additionally, she has become a voice for the hospitality industry, serving on both the Executive Committee for the American Hotel & Lodging Association and the Forbes Travel Guide Strategy Committee. She is currently Co-Chair of the Greater Washington Partnership’s Inclusive Growth Council, bringing together business leaders to make the Capital Region a national model for advancing equitable economic solutions.

“DC is open and so are our beautiful hotels,” said Mayor Muriel Bowser. “We are excited to welcome Salamander Hotels & Resorts to DC – so close to downtown, to our beautiful waterfront, and to all the destinations at The Wharf. Congratulations to Sheila Johnson, her team at Salamander, and the team at Henderson Park.” 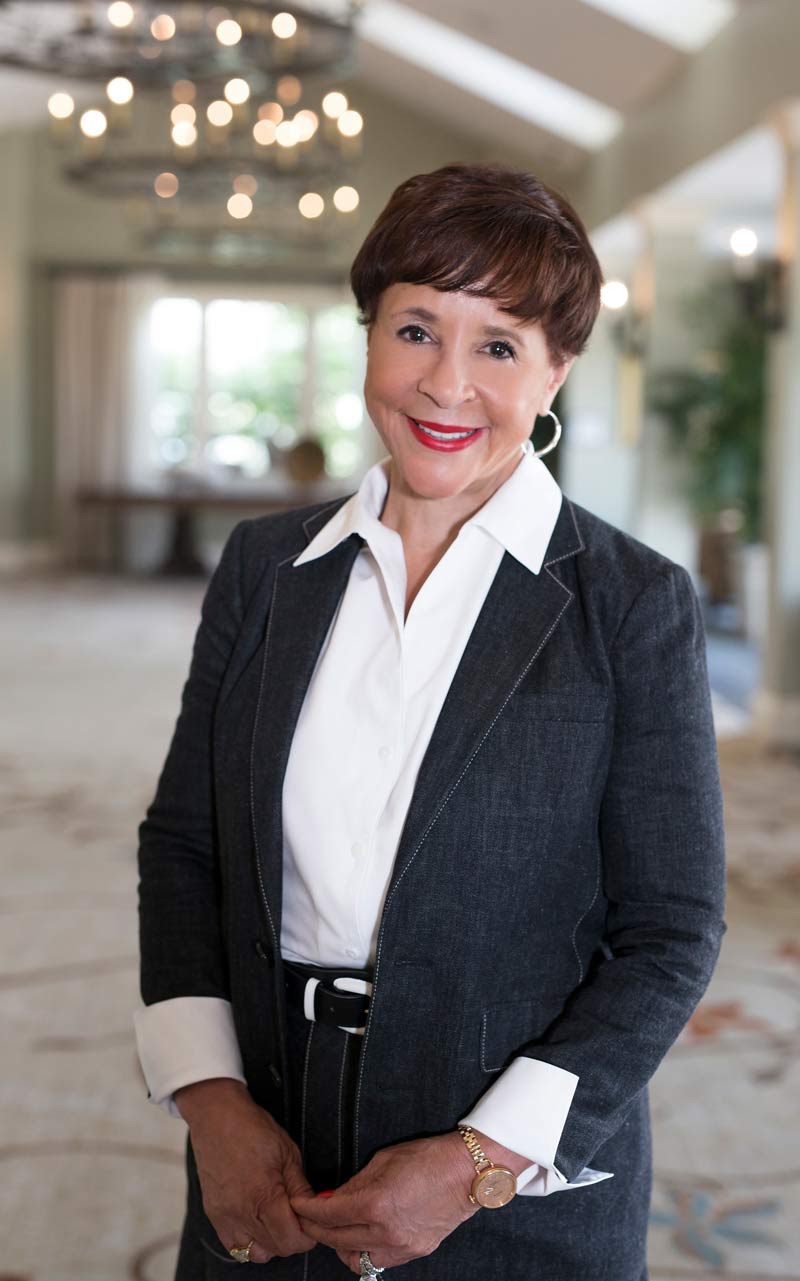 Complete details of the hotel’s improvement program will be finalized and announced in the coming weeks, and at conclusion, the hotel will employ approximately 100 additional team members. Some of the signature projects include a glamorous transformation of the hotel’s stunning rotunda lobby, and the re-programming and re-naming of the lobby bar as an inviting, community space. The hotel will also activate its Grand Lawn, a space that is unsurpassed among Washington, D.C. hotels, with programming for leisure and corporate groups alike.
Salamander Washington DC’s signature restaurant (currently open only for breakfast) will be revitalized, and the hotel is working with a noted chef to reposition the restaurant with a projected springtime opening. A patisserie will also be added on the main level for grab-and-go items featuring freshly baked items from the property’s pastry shop. The spa, already considered the finest in the city, will become a Salamander Spa – a brand known for its Forbes Five-Star rating in Middleburg.

Additionally, the spa will undergo an expansion to include more treatment rooms and a street-level entrance. Every guest room will receive new, regionally inspired artwork, including photography personally taken by Johnson, while all suites will receive a complete refurbishment. Additionally, the club lounge, which has been closed since the start of the pandemic, will be renovated and reopened as the Monument Club.