Principal Of Taylor & Brooks,LLC
An Executive Producer Of What About Me?,
A Documentary About How Black Men Are Viewed In America

Taroue is the executive producer of What About Me?, a documentary focusing on how Black men are viewed in America and available on Amazon Prime. He is currently leading an HBCU tour that features the documentary and a Q&A discussion of relevant topics.

We had an opportunity to catch up with Mr. Brooks to discuss his documentary.

MONARCH: How long did it take to develop What About Me?

TAROUE BROOKS: The documentary was initially only supposed to focus on four Black teenagers. After making arrangements to start shooting, we realized that these young men hadn’t really experienced life and we needed to go in another direction with the documentary. After shifting gears, What About Me? took a little over a year to create.

MONARCH: What inspired you to take on the mission of raising awareness surrounding the healing of Black men?

TAROUE BROOKS: The inspiration for the documentary came about because I was watching the news one day and was displeased with how the media continues to portray Black men. What About Me? is a direct counter response to this narrative. I wanted to create content to broaden the narrative of Black men in America. The healing was the outcome, but the intent was to spur conversation among Black men. 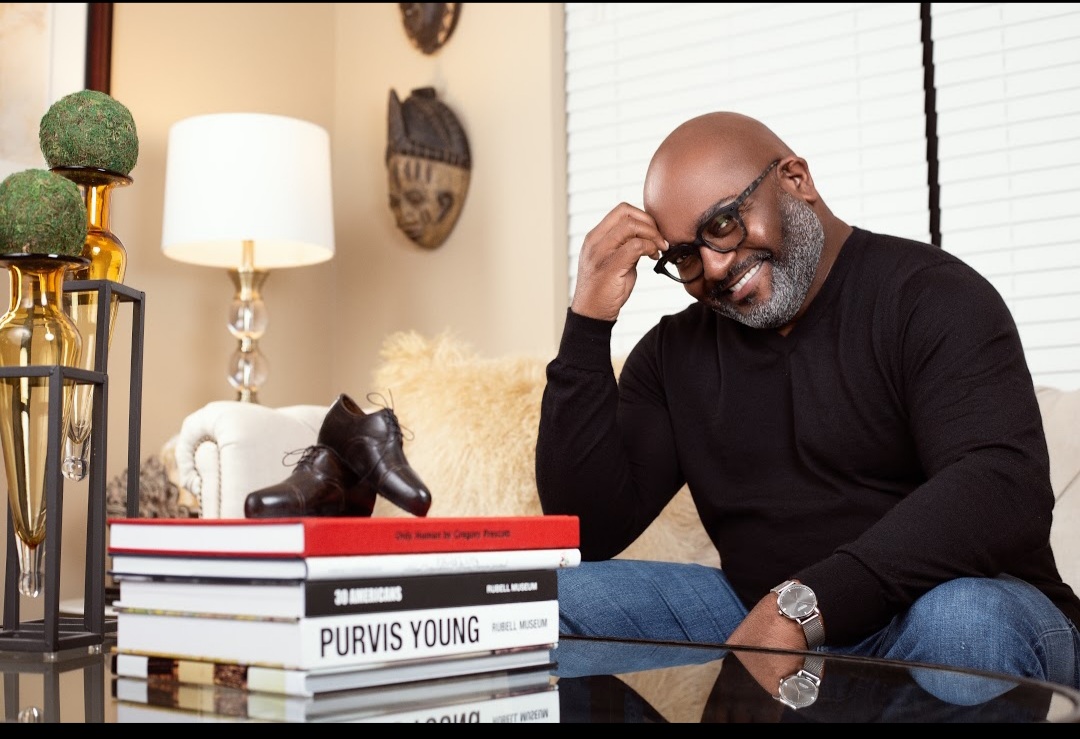 MONARCH: Black people have developed and elevated American entertainment. So why do you believe that in the entertainment industry, we are still limited in roles?

TAROUE BROOKS: Black people have been a part of the entertainment world and have participated in it for decades; however, we must create our own stories through ownership. Because we don’t own anything, [white America] still control[s] the narrative and the stories portrayed about Black men.

MONARCH: Why do you think Black men in particular are so marginalized?

TAROUE BROOKS: The reality is that mainstream media controls the narrative about Black men in America. I find it interesting that some Black people who have become successful and crossed over into the mainstream begin to treat people within our community like white America treats us, thereby further perpetuating the problem. Black people must begin to see the value that is intrinsic to what we create and develop and not wait for mainstream media to validate us, thereby jumping on the bandwagon.

MONARCH: Do you think Black men play a role in creating a narrow perspective of themselves?

TAROUE BROOKS: The intersectionality of being a Black man comes with its own set of privileges and oppressions that serve to limit us. Black men have always been just that: Black men. We wear many hats and occupy many roles as brothers, lovers, fathers, husbands, educators, and, most importantly, humans. There are so many factors contributing to who we are; we just so happen to be Black.

MONARCH: What has been the impact of the documentary?

TAROUE BROOKS: The impact has shown up on several levels as Corporate America has screened the documentary for Q&A to go along with their diversity, equity, and inclusion initiatives. In this experience, we saw grown men shed tears as they expressed their struggle and trauma in dealing with racism in Corporate America. We had mothers of Black sons share their worry about their sons driving and having an encounter with the police. Black men have also been prompted to conduct self-assessments to maintain their sense of manhood. This documentary originally aired in February 2021 and has remained active on Amazon Prime for a year. We have developed an HBCU tour for the documentary coupled with a Q&A. After hosting a screening and Q&A at Stillman College, our findings revealed that the documentary resonated with the students. The screening led to more than an hour of Q&A with questions derived directly from the documentary.

MONARCH: In the documentary, what are some strategies that you share for Black men to heal?

TAROUE BROOKS: The documentary doesn’t provide any strategies for healing. It created an opportunity for America to see and hear how Black men are viewed in America.

MONARCH: How has the media impacted the documentary and influenced your work?

TAROUE BROOKS: The overwhelming response from What About Me? has led to the production of a new documentary about Black fathers. I intend to display how Black fathers show up in different ways, such as fathers of all girls, or those who may have lost a child to gun violence, or raising a child who is a part of the LGBTQ community.

What About Me? has garnered national press over the last year, and we were recently featured in Forbes magazine. I must say that I found it very interesting that it took a feature in Forbes magazine before Black publications took notice of the documentary about issues important to the Black community. We must do better.

It has also been an extraordinary reality to watch the young men grow over the past two years and become who they are today. One of the young men in the documentary, Trey Causey, I’m currently helping him through college. I met him when he was a first-year freshman, and now he is a second-semester junior. I am happy to support Trey, and we have one more year before graduation.

MONARCH: What are some additional outcomes that have occurred as a result of this documentary?

TAROUE BROOKS: What About Me? has encouraged people to engage in conversations beyond the norm. Until we become humanized, we will never be equal.

MONARCH: What do you hope to accomplish with the documentary?

TAROUE BROOKS: My goal for the documentary is to combat the limited narrative that the mainstream media has perpetuated about Black men. We are more than entertainers, athletes, and criminals. This is the limited scope we have had to endure for decades. This documentary created an opportunity for all Americans to see and hear what Black men think and feel about how we are viewed in America.

MONARCH: Where and when can we tune into the documentary?

TAROUE BROOKS: What About Me? is currently streaming on Amazon Prime Video.